German police have arrested 16 men after Israeli flags were burned outside synagogues in Bonn and Munster, and a fire was set at a memorial for a Jewish house of prayer destroyed by the Nazis in Dusseldorf.

The arrests were made on Tuesday night, after a synagogue was vandalized and Israeli flags were burned outside, and a blaze was set at a memorial established to mark the location of a Jewish synagogue destroyed during the 1938 Nazi pogroms. Some of those arrested reportedly told police that the Middle East violence had prompted them to stone the synagogue.

In response to the incidents, the premier of the state of North Rhine-Westphalia, Armin Laschet, said that would step up security in the area and officials “will tolerate no anti-Semitism.”

The incidents occurred in the German cities amid escalating violence in East Jerusalem between the Israeli military and Palestinian protesters over the planned eviction of Palestinian residents in the area. Politicians in Germany have condemned anti-Semitic activity, while the president of Germany’s Central Council of Jews, Josef Schuster, called for “the protection of Jewish institutions,” as “the threat to the Jewish community is growing.”

Israel and Jews as a whole are subjected to hatred and incitement, particularly on social media.

Palestinian militants have been launching rockets at Tel Aviv and other parts of Israel since Monday, citing Israeli aggression in East Jerusalem. The launches have drawn retaliatory airstrikes on Gaza by the Israel Defense Forces. At least 53 people have been killed in Gaza since Monday, according to Palestinian officials, with Israeli medics reporting six people dead due to the conflict.

Anti-Semitism has been growing in Germany. Government data shows there was an increase in 2020 compared to the previous year, with offences committed against Jewish individuals living in Germany to January 2021 totalling 2,275. 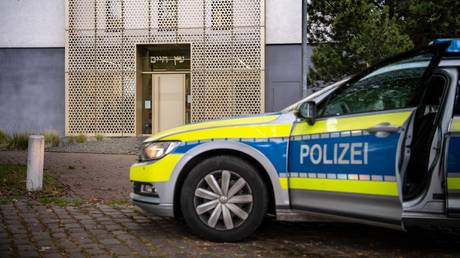 Safe behind the ‘iron curtain’: st...