Close
Trending News
HomeWorldMore than 26,000 children killed or injured in Afghanistan since 2005, as ‘appalling cost’ of conflict revealed

More than 26,000 children killed or injured in Afghanistan since 2005, as ‘appalling cost’ of conflict revealed

More than 26,000 children killed or injured in Afghanistan since 2005, as ‘appalling cost’ of conflict revealed

An average of five children have been killed or injured every day in Afghanistan since 2005, according to UN data released by Save the Children.

The “appalling cost” of the conflict has resulted in the suffering of at least 26,025 children between 2005 and 2019, according to the organization.

Ahead of its donor conference in Geneva this week, Save the Children declared Afghanistan one of the world’s most dangerous countries for children and called on nations to cease using explosive weapons in populated areas.

Chris Nyamandi, Save the Children’s country director in Afghanistan, described a grim picture.

Imagine living with the constant fear that today might be the day that your child is killed in a suicide attack or an airstrike. This is the grim reality for tens of thousands of Afghan parents whose children have been killed or injured.

Violence has increased in Afghanistan as peace talks have stalled and US troops have begun withdrawing from the region. In 2019, Afghanistan accounted for the highest number of child fatalities (874) and injuries (2,275) of all global conflicts examined in the group’s report.

The report revealed how schools are routinely attacked in the region as part of clashes between the Afghan government, alongside US troops, and the Taliban, as well other insurgents. In the two years between 2017 and 2019, the charity found there were more than 300 attacks on educational establishments.

As well as concerns over violence in the country, Save the Children also warned that more than seven million children in Afghanistan are at risk of hunger and three million kids under the age of five are suffering from malnutrition, with the coronavirus pandemic having “exacerbated” the situation. 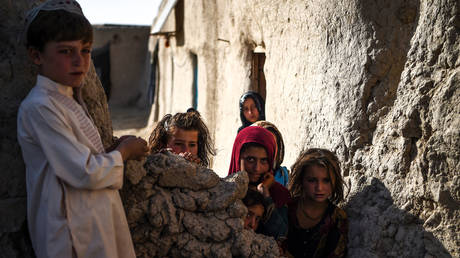