“The limiting factor for the production of vaccines are manufacturing capacities and high quality standards, not the patents,” a spokesperson for Merkel said Thursday, according to Bloomberg. “The protection of intellectual property is a source of innovation and this has to remain so in the future.”

US Trade Representative Katherine Tai announced this week that the Biden administration was supporting a proposal in the World Trade Organization to open up patents on Covid-19 vaccines.

Tai said the “extraordinary circumstances of the COVID-19 pandemic call for extraordinary measures.” WHO chief Tedros Adhanom Ghebreyesus called the announcement a “monumental moment in the fight against Covid-19.

Supporters of the measure have said removing intellectual property protections will help low-income countries produce and distribute vaccines faster. Critics, however, like vaccine advocate Bill Gates, have argued that such a move presents difficulties and could hinder the safety of future vaccines.

After Biden’s endorsement of the proposal, stock for companies like Pfizer and Moderna fell.

Pfizer CEO Albert Bourla said on Thursday he is “not at all” in favor of the US’ stance.

“The problem is that there are no facilities in the world outside the ones that we can build ourselves,” he told AFP.

European Commission President Ursula von der Leyen said earlier on Thursday that the EU is ready to have discussions on the proposal to remove patent protections from vaccines. Russian President Vladimir Putin has also expressed its support for waiving patents.

On Thursday, Spain’s government said the proposal is the “way forward” but does not go far enough to help poorer countries, Reuters reported. Madrid said waiving the intellectual property rights will take time and pharmaceutical companies should be flexible in granting licenses. 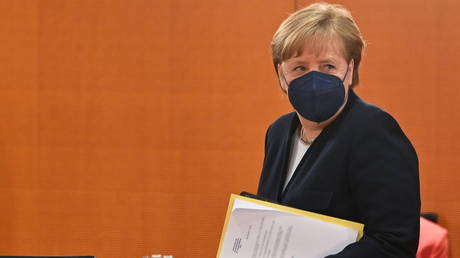