Merkel’s spokesperson, Steffen Seibert, said that the chancellor was “shocked” by the reports of Belarusian protesters being abused in police custody.

Belarus must unconditionally and immediately release the people [detained in relation to the protests].

Seibert urged Minsk to respect the freedom of assembly and the access to information.

We need additional sanctions against those who violated democratic values or abused human rights in #Belarus.

I am confident today’s EU Foreign Ministers’ discussion will demonstrate our strong support for the rights of the people in Belarus to fundamental freedoms & democracy.

Demonstrations erupted in Belarus after President Alexander Lukashenko was accused of rigging the vote to secure his re-election for a sixth term last week. The rallies frequently led to fierce clashes with police, during which at least one person was killed. Overall, more than 6,700 people were detained since the protests began.

The highly-contentious presidential election has brought international attention to Belarus, with Poland, Lithuania and Latvia offering to mediate between the government and the opposition. US Secretary of State Mike Pompeo said that he was “incredibly troubled” by the vote and the violence afterwards, refusing to rule out sanctions as a possible response to Minsk.

Countries like Russia, China and Turkey, on the other hand, congratulated Lukashenko with re-election. According to Chinese media, President Xi Jinping said that he is ready to continue working with Lukashenko on improving bilateral ties. 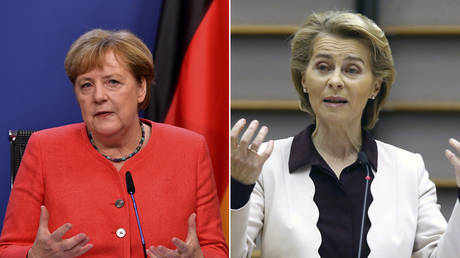 Lukashenko declares he is ‘still a...