A fresh intelligence memo casts doubts on the media-pedaled story that US spy agencies were dead sure that Russia supposedly offered to pay Afghan militants to kill Americans, a new report says.

The two-and-a-half-page memo was prepared by the National Intelligence Council (NIC) and is dated July 1, the New York Times reported, citing officials.

The news seems to back the words of US President Donald Trump’s spokesperson, Kayleigh McEnany, who said that there is “no consensus” within the intelligence community on the strength of the allegations against Russia. The Wall Street Journal previously reported that the NSA did not support the CIA’s confidence in its assessment of these allegations.

Last week, multiple US mainstream media claimed – citing unnamed officials – that Russia had paid Taliban-linked militants to conduct attacks on American and allied personnel in Afghanistan. These reports were said to have been included in the daily briefs prepared for Trump.

The news prompted a wave of criticism from Democrats and some Republicans, who accused Trump of inaction towards Russia. Trump, for his part, denied ever being briefed on the matter, insisting said that he was unaware of the reports on the bounties until they were leaked to the press. 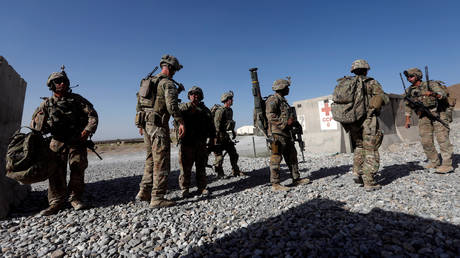