The mayor of a large German city has invited TikTok to set up its main European office there, just as the popular social media platform is facing a ban in the US.

Frankfurt Mayor Peter Feldmann wrote a letter to ByteDance, TikTok’s parent company, advertising Germany’s fifth-largest city as “an ideal location for IT companies.” Among the city’s strengths, he listed its reputation as Europe’s digital capital with its many data centers, as well as it being located in the center of Europe.

The letter was sent amid reports that TikTok is looking for a place for its European HQ. “Sure, the competition is tough, but Frankfurt has good starting conditions,” Feldmann told Frankfurter Rundschau.

A TikTok spokesperson told the paper that the video-sharing service was “very pleased” upon learning of the mayor’s approach.

ByteDance has been in the global spotlight after US President Donald Trump signed an executive order last week that would ban American from doing business with it in 45 days. Trump called TikTok a threat to national security, accusing it of harvesting personal data of US citizens and sharing it with the Chinese government. Both Beijing and TikTok denied these claims. The social media platform has threatened the Trump administration with legal action. 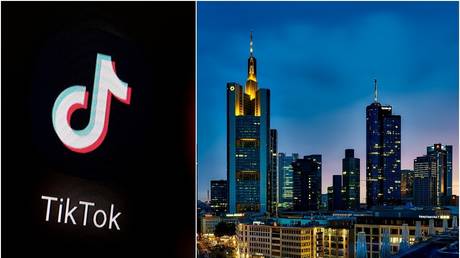