One Australian man’s opposition to wearing a face covering was so trenchant that he punched a police officer and then bit him twice after being told to wear a mask on a train.

The bizarre incident unfolded on board a train in New South Wales’ Central Coast on Saturday afternoon. The 43-year-old allegedly punched the cop before being wrestled to the floor where he twice sunk his gnashers into the police officer.

The constable suffered lacerations and bruising after being bit in the stomach and on one of his fingers. He was taken to a hospital in the city of Gosford for treatment.

However, that wasn’t the end of the maskless man’s violent struggle. The police allege that he kicked out at cops on the platform after being arrested and taken off the train.

The man has been charged with a slew of offenses including not wearing a fitted face covering on public transport and assaulting a police officer causing actual bodily harm. He was granted conditional bail and is expected in court next month. 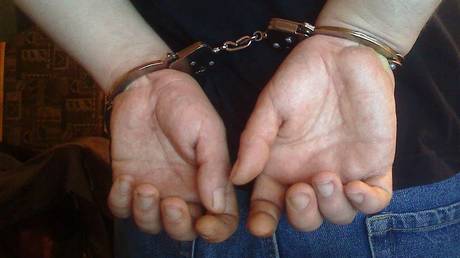