Many German states may agree to extend partial lockdown – official

Many German states may agree to extend partial lockdown – official

Many of Germany’s 16 federal states are in favor of extending a partial lockdown, but restrictions could be relaxed over Christmas, the premier of the northern state of Mecklenburg-Vorpommern said on Monday.

“The (infection) numbers are subdued but they remain high,” Manuela Schwesig, premier of the northern state explained, speaking on Deutschlandfunk radio.

To contain a second wave of the coronavirus, Germany imposed a “lockdown-lite” for a month from November 2, and the heads of regions may extend even tighter measures until December 20, according to a draft proposal. They will discuss the new rules with Chancellor Angela Merkel on Wednesday.

However, while uniform national regulations are needed to slow the spread of the coronavirus pandemic, the new rules should be adapted to the situation in regions, Schwesig noted. People should see that the effort was “worth it,” and the November shutdown “has achieved something,” she noted.

Currently, bars and restaurants are closed, while schools and shops remain open. Authorities also allowed private gatherings to a maximum of 10 people from two households.

Schwesig believes the shutdown must be continued, especially in the country’s at-risk areas. But the regions that have an incidence number below 50 infections per 100,000 inhabitants in a week should be allowed to relax restrictions, according to her.

December and January will be “difficult,” and contacts have to remain limited, Schwesig said. She noted, however, that restrictions could be loosened for family gatherings over the Christmas holidays, making it possible for “at least ten people to get together.”

The number of confirmed coronavirus cases in Germany has increased by 10,864 to 929,133, and the death toll rose by 90 to 14,112, the Robert Koch Institute (RKI) for infectious diseases said on Monday. 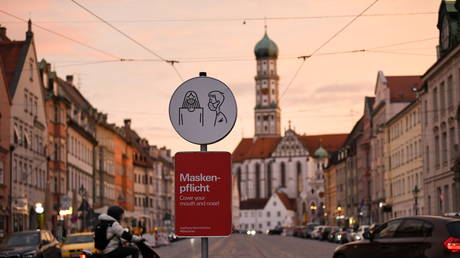