German investigators have announced they are looking for three men who carried out a “professionally planned” robbery of a Germans customs office, walking away with 6.5 million euros, equivalent to about $7.6 million.

According to a police statement released on Wednesday, the robbers used a “core drill” to get from an adjoining room into the basement of the customs office in the city of Duisburg.

They then stole the funds from a vault and loaded them into a white van. According to a witness, one suspect was walking around the building and left in a separate car, but he drove in the same direction as the van carrying the other two perpetrators. All of the men were reportedly wearing dark clothes and knitted hats.

“According to the findings of the ‘Kern investigation commission’ at the Krefeld police headquarters, the break-in was professionally planned and carried out,” Bild reported, citing police.

The robbery took place in the early hours of November 1. A reward of 100,000 euros is being offered for any information leading to the arrest of the thieves or the recovery of the stolen money. 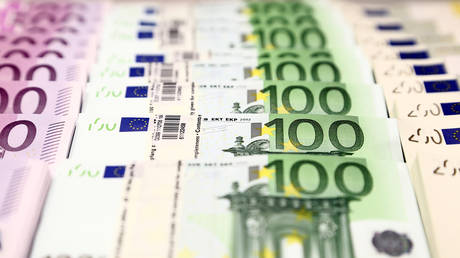