A new vaccine approach using genetically engineered immune cells from a patient’s body has created a durable and long-lasting defense against HIV infection, generating new hope not just for a vaccine, but also a cure.

In experiments on mice, a team at Scripps Research induced broadly neutralizing antibodies, or bnAbs, capable of preventing HIV infection.

They managed this by reprogramming genes within the immune system’s B cells using the CRISPR technique to produce HIV antibodies of the kind found in rare HIV patients.

This new study shows that the reengineered B cells can not only multiply in response to vaccination but mature into both memory and plasma cells, combining to produce an effective and long-lasting defense against infection.

“This is the first time it has been shown that modified B cells can create a durable engineered antibody response in a relevant animal model,” says principal investigator James Voss, Ph.D., of Scripps Research.

Hopes are high among the researchers that one day this novel vaccine approach could not only prevent new HIV infections, but also cure existing HIV/AIDS cases, of which there were at least 38 million as of 2019.

To begin the process in humans would only require a blood sample, but the approach requires customized genes based on a patient’s own immune cells, which complicates matters and requires more time, resources, and expertise, which are difficult to scale.

The team is now working to improve and simplify the process, with a view to reducing cost while increasing accessibility once it gains the necessary regulatory approval in future.

“People think of cell therapies as being very expensive,” Voss says. “We’re doing a lot of work towards trying to make the technology affordable as a preventative HIV vaccine or functional cure that would replace daily antiviral therapy.” 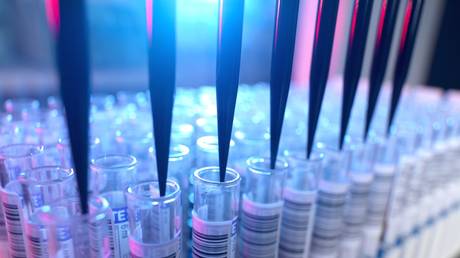