The Spanish region of Madrid will close for 10 days early next month to try to curb Covid infections by preventing people from traveling to or from the area over a national holiday.

Madrid’s regional authorities said on Friday that they would prevent people from leaving and entering for 10 days from December 4 in an effort to slow the spread of the virus, particularly given that large numbers usually travel around the December 6 Constitution Day holiday.

“We want to be in the best possible condition by Christmas,” senior Madrid health official Antonio Zapatero said.

The country has reported 1.54 million infections to date – the second-highest in Western Europe, after France. Spain imposed a six-month state of emergency at the end of October, allowing regions to impose curfews and restrict travel.

Prime Minister Pedro Sanchez described the measures as adequate on Friday, adding that “for two consecutive weeks, we have seen new infections falling at a sustained pace.” Over the past fortnight, new infections have fallen to 436 per 100,000 people, down from 530 in the first week of November, the PM said.

The government is now preparing a vaccination plan which will be unveiled early next week, but Sanchez said that a “substantial part” of the Spanish population will be vaccinated against Covid-19 in the first half of next year.

He explained that the EU has signed contracts with pharmaceutical giants for a total of one billion doses of coronavirus vaccine, and Spain will be allocated 10 percent of the contracted doses.

The vaccination will be free, according to Health Minister Salvador Illa. 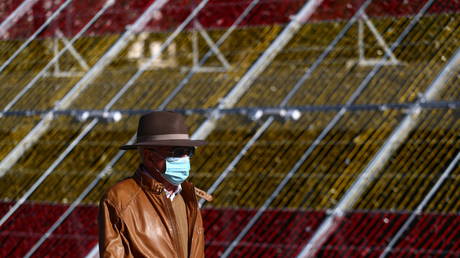