French President Emmanuel Macron is committed to pushing through the reforms he’s proposed for Lebanon, an Elysee official has said, as he prepares for his second visit to the country in less than a month.

“The president has said he will not give up. He made a commitment to do what needs to be done and to apply the necessary pressure to put this program in place,” a French presidential official told reporters on Friday.

Macron has called for the appointment of an interim government in Lebanon, an audit of the country’s central bank, and legislative elections within a year. He has argued that these conditions must be met before the country can receive badly needed foreign aid.

A horrific explosion in Beirut earlier this month worsened the country’s deep economic and political problems, and prompted violent demonstrations. As a result, Lebanese Prime Minister Hassan Diab dissolved his government on August 10, but President Michel Aoun has been slow to create a new administration. Starting on Monday, Aoun will hold parliamentary consultations to select a new prime minister.

Macron is scheduled to visit Beirut on September 1, nearly a month after he arrived in the Lebanese capital following the deadly blast, which killed 200 people and injured thousands more.

“The international community will not sign a blank cheque if they don’t put in place the reforms. They must do it quickly … because the risk today is the disappearance of Lebanon,” the French diplomat said. 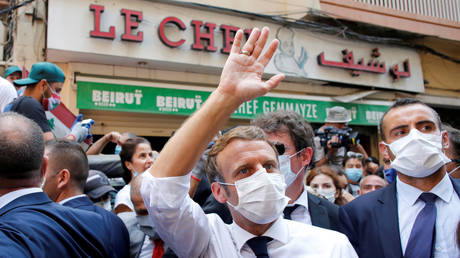 Google claims to have simulated ch...