French President Emmanuel Macron has denounced Ankara’s ‘dangerous game’ of meddling in Libya and said the illegal targeting of a French frigate by a Turkish ship proved correct his comments about ‘brain death’ of NATO.

“Turkey is playing a dangerous game in Libya and is violating all of its commitments made at the Berlin conference,” Macron said on Monday, referring to the January meeting co-sponsored by Ankara and Moscow.

Describing the situation in Libya as “intolerable,” Macron called for “an end to foreign interference and the unilateral acts of those who wish to gain new positions by favoring war.”

The French president’s comments came after his meeting with Tunisian President Kais Saied in Paris, which presumably touched on the ongoing situation in Libya, among other topics.

Over the past two weeks, Paris has accused Ankara of violating the international arms embargo against Libya. Turkey has funneled troops and equipment into the North African country to prop up the internationally recognized government in Tripoli, which is fighting a civil war against the Libyan National Army – a rival government in the east.  Ankara has accused Paris of backing the LNA, led by General Khalifa Haftar.

Attempting to enforce that embargo off the coast of Libya, the French frigate Le Courbet was targeted by a Turkish warship on June 10. Though there was no exchange of fire, the incident put Paris and Ankara on collision course.

However, Macron made a point of bringing up the maritime incident as “one of the most beautiful demonstrations” of his comments about the “brain death of NATO,” made last year after Turkey sent troops into Syria without consulting its allies. Both France and Turkey are members of the US-led alliance. Erdogan responded that the only one brain-dead might be Macron himself.

France is not the only country raising alarm over Turkish meddling in Libya. Egyptian President Abdel Fattah al-Sisi said on Saturday that the security of his country was linked to that of Libya, and hinted Cairo could intervene there directly in support of the LNA. Saudi Arabia and the United Arab Emirates expressed support for Sisi, while Macron called his concerns “legitimate.”

On Monday, however, Turkey said it would not be deterred from supporting Tripoli, with a senior official telling Reuters on condition of anonymity that Sisi’s statements “have no basis.”

“Sisi does not have the power or guts to attempt this,” said Yasin Aktay, a deputy chairman of President Recep Tayyip Erdogan’s AK Party, adding that Algeria would oppose Egypt’s direct intervention and pointing out Turkey is a NATO member.

Once the most prosperous country in Africa, Libya was plunged into chaos and civil war in 2011, after NATO backed a rebellion against the government of Colonel Muammar Gaddafi. 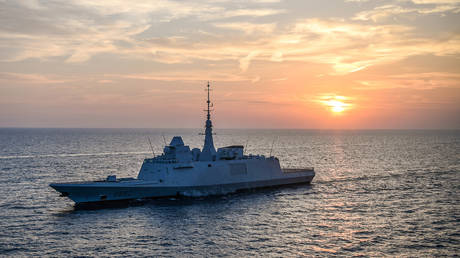