In a trifecta for art ‘restoration’ projects that end up comically grotesque, an early 20th-century facade in the Spanish city of Palencia has joined the infamous ranks of ‘Potato Jesus’ and the mauled ‘Immaculate Conception.’

What was once the smiling face of a woman as part of a Biblical statuary on top of the Unicaja Bank headquarters in Palencia was “restored” to a crude parody, as local artist Antonio Guzman Capel pointed out on Facebook.

“It looks like the head of a cartoon character,” Capel lamented. “I’m sure whoever did it got paid for it, but the bigger crime was committed by the person who commissioned it and then tried to carry on as though nothing was wrong.”

Another Spaniard posted the “before and after” photos showing the damage, and comparing the final result to caricatures of current US President Donald Trump.

The bank HQ was originally built for the Catholic-Agrarian Federation in 1923, so it had religious statuary along the facade.

While the perpetrator of the artistic atrocity is yet unknown, the botched statue is now the third work of art in Spain ruined by unskilled artisans over the past decade. The first, and most famous, was a century-old painting of Jesus on the wall of a church in Borja. After an octogenarian parishioner tried to restore the flaking paint, the result became known as “Monkey Christ” or “Potato Jesus,” and has since been embraced by Borja as a tourist attraction.

In June this year, Spanish media reported that a furniture restorer in Valencia charged an art collector €1,200 ($1,400) to “clean up” a copy of the ‘Immaculate Conception,’ painted by the famous 17th-century artist Bartolomé Esteban Murillo. The result looked nothing like the original, however.

Following that incident, Spain’s Professional Association of Restorers and Conservators (ACRE) has called for stricter controls over who can be allowed to restore works of art, but apparently without much effect.

“THIS is not a restoration,” ACRE tweeted indignantly.

Palencia is a city in the northern Spanish province of Castile and Leon, about halfway between Burgos and Valladolid. It is best known for the Gothic Cathedral of San Antolin, finished in 1504. Thankfully, it remains untouched by ‘restorers’ – so far. 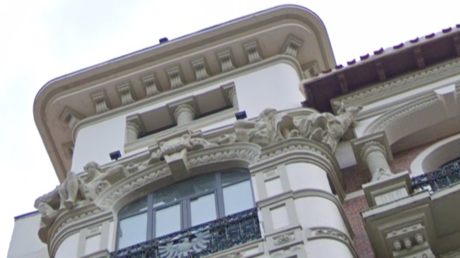 India could be the next BREAKOUT n...