The researchers placed the Komagataeibacter medellinensis bacteria in a mould with water and the requisite amount of nutrients like sugar, proteins and air. Once sufficiently fuelled-up, the bacteria begin to produce nano cellulose structures, in line with the hydrophobic (water repellant) mold in which they were placed.

Cellulose is the main component found in the cell walls of plants and substances like wood and cotton.

This type of guided growth through the use of superhydrophobic materials, which also minimize the accumulation of dust and microorganisms, could soon be used for extremely intricate tissue regeneration and organ repair in the human body.

The technique differs from existing and widely available 3D printed materials in that it allows for the creation of fibers one thousand times thinner than a human hair.

These fibers can then be aligned, oriented and layered as required, affording unprecedented opportunities for delicate and fine-tuned repair work of muscles and organs within the human body, up to and potentially including the brain.

“It’s like having billions of tiny 3-D printers that fit inside a bottle,” says Luiz Greca, a doctoral student at Aalto University. “We can think of the bacteria as natural microrobots that take the building blocks provided to them and, with the right input, create complex shapes and structures.”

The team successfully created 3D objects with pre-designed features ranging from one-tenth the diameter of a human hair to 20 centimeters.

“We hope that these results will also inspire scientists working on both bacteria-repelling surfaces and those making materials from bacteria,” says team member Dr. Blaise Tardy. 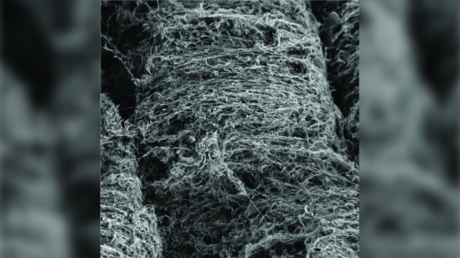 'Everything is now a pandemic...