‘Life on Venus’ plot thickens as new discovery suggests NASA may have found life-indicating gas in 1978, they just forgot

‘Life on Venus’ plot thickens as new discovery suggests NASA may have found life-indicating gas in 1978, they just forgot

Researchers poring over archives from previous missions to Venus claim that NASA may have first detected phosphine signatures (indicating potential microbial life) back in 1978, and they just went unnoticed for the past 42 years.

On September 14, the world was rocked by the announcement that phosphine, a toxic gas that might indicate microbial life, had been detected in the clouds above Venus. There are no known natural processes that might explain the volume of the gas found.

While it’s still too early to definitively state there is life on Venus producing the gas, the bombshell announcement briefly wrested attention away from Mars in the search for life elsewhere in our solar system.

However, Rakesh Mogul, a biochemist at Cal Poly Pomona in California, and his colleagues found phosphine signatures may actually have been detected by the Pioneer 13 probe which reached Venus’ orbit in December 1978.

The discovery is not yet peer-reviewed and doesn’t really add much detail we don’t already know to the ‘life on Venus’ story, but it does somewhat solidify the recently-reported discovery.

The 1978 data was produced by the Large Probe Neutral Mass Spectrometer (LNMS) instrument which descended into Venus’ extremely inhospitable atmosphere via parachute in December 1978. It managed to beam back data before meeting a grim death on the hottest planet in our solar system (surface temperature of 462 degrees Celsius).

Researchers in the 1970s focused on other chemical compounds and seemingly didn’t pay too much heed to the phosphorus-based compounds hinted-at in the data.

Mogul’s team found signals matching phosphine in the data as well as definitive evidence of actual phosphorus atoms in the atmosphere, which would likely have degraded from phosphine compounds in the upper atmosphere.

The researchers note, however, that the LNMS wasn’t built to hunt for phosphine-like compounds and their signatures would be shrouded among dozens of other molecules.

“I believe that evidence in the legacy data were sort of discounted because it was thought that they could not exist in the atmosphere,” Mogul said.

Mogul et al also discovered traces of chlorine, oxygen and hydrogen peroxide in the archives, yet more chemicals which, technically, shouldn’t arise naturally in the clouds above Venus.

“We believe this to be an indication of chemistries not yet discovered,” they wrote, “and/or chemistries potentially favorable for life.”

NASA, the ESA, Roscosmos, and the Indian Space Research Organisation (ISRO) all have plans for future generations of Venus probes which will hopefully unravel the mystery further in coming years.

Some were skeptical of the discovery in the archives, however, suggesting that, without additional detail, the traces discovered may in fact just be noise picked up by the sensors.

The signals that they are trying to separate are very small and very close together.

And if it *is* in this spectrum I would want to see it at more than just one altitude. Make absolutely sure it’s not noise.

Others added that, if the signal was strong and conclusive to begin with, it would likely have raised eyebrows decades ago.

Interesting to see some folks have made up their minds that it absolutely is not there. Which is just as silly as being certain it is there at this point…
Looking for it in archival data is a good move, but if it were a clear signal it likely would have been published before… 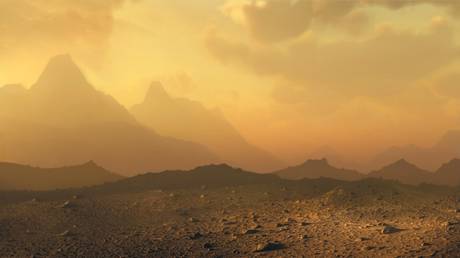 Every corporation in America is no...