World powers and the states involved in the civil war in Libya should stop sending arms to the country’s rival governments, UN Secretary-General António Guterres has said.

Speaking at a high-level virtual meeting on Libya on Monday, Guterres described violations by countries that continue to deliver arms and other military support to the combatants as “a scandal.” He urged the “full and unconditional implementation” of a UN Security Council arms embargo on Libya.

On September 22, Turkey accused the European Union of a biased stance, after Brussels imposed sanctions on a Turkish company that allegedly broke a UN arms embargo on Libya. Avrasya Shipping’s cargo vessel Cirkin was involved in a naval incident between NATO members France and Turkey in June, the EU said, claiming Avrasya had used the ship to smuggle weapons to Libya. Ankara denied the claim, saying it was carrying humanitarian aid.

The UN chief also said on Monday that “Libya’s future is at stake” and called on all Libyans to continue to work towards a lasting ceasefire. A “rare opportunity” for peace should be seized, he said, calling on all parties to discuss military issues at the UN in Geneva “in the coming weeks.”

Governance of Libya is split between the Libyan National Army (LNA) and the UN-recognized Government of National Accord (GNA), which is based in Tripoli. Eastern LNA forces, led by Khalifa Haftar, launched an attack on Tripoli in April 2019, but this ended in June, after Turkey intervened on the GNA side.

Last week, Guterres registered a deal between Turkey and Libya on the delimitation of maritime jurisdiction areas in the Mediterranean, amid Ankara’s disputes with Greece and Cyprus. 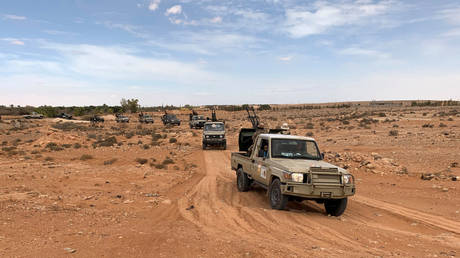