A “higher-than-normal” rate of leaking air has been detected aboard the International Space Station (ISS). The crew will now spend the weekend trying to isolate and fix the issue.

The minor leak was first revealed by NASA on Thursday. The rate of leaking air is still within “segment specifications” and there’s no immediate danger to the station or its crew, the agency stressed.

Over the weekend, all segments of the ISS will be isolated with hatches closed, while the crew will temporarily relocate to Russian habitat module.

The Exp 63 crew will spend the weekend in the station’s Russian segment so mission controllers can carefully monitor the orbiting lab’s air pressure. More… https://t.co/d6QcrgKHvK pic.twitter.com/YeYBY5vovX

“The test should determine which module is experiencing a higher-than-normal leak rate. The US and Russian specialists expect preliminary results should be available for review by the end of next week,” NASA said.

Russia’s space agency, Roscosmos, confirmed the malfunction too, reassuring the public that there was no danger to the crew. Russian media, for its part, implied that the leak is somewhere in the American modules, citing sources within the aerospace industry.

The most recent major air leak incident on the space station occurred in 2018, when the crew discovered a drilled hole in a Russian Soyuz spacecraft, before fixing the opening with space-grade sealant. The hole’s origins still remain shrouded in mystery; who exactly punctured the spacecraft –and when– has not been determined. 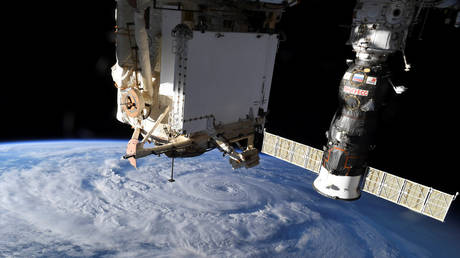 US formally requests ‘snapback’ of...