Several fossil fuel-reliant nations, including Saudi Arabia, Australia and Japan, are reportedly lobbying to add “policy neutral” language to a UN report that calls for “urgent and accelerated” efforts to tackle climate change.

More than 32,000 comments have been made by governments, corporations and other interested parties to scientists compiling the International Panel on Climate Change’s (IPCC) upcoming report, a “major leak of documents” to Greenpeace UK’s investigative news unit Unearthed shows.

The revelation – which comes days before the COP26 climate summit in Glasgow – offers a glimpse into how some of the world’s largest oil and coal producers and consumers are attempting to “strip” language they find objectionable from the IPCC’s ‘Sixth Assessment Report’ (AR6) scheduled to be released in 2022.

Anticipating that their conclusions would be “watered down” before publication, however, a group of scientists working on a section of the report had already leaked a draft version in August. Among their findings was that coal and gas-fired power stations should be shut roughly within the next decade to keep global warming below 1.5°C and within 16 and 17 years to restrict levels below 2°C.

The leaked documents reveal fossil fuel players pushing back, arguing the IPCC must be “technology neutral” and consider the mitigating effects of “carbon capture” tech that could, in theory, reduce the climate footprint of using oil and coal energy sources.

Saudi Arabia and the Organization of the Petroleum Exporting Countries (OPEC), which together account for 40% of global oil supply, want the report to delete non “policy neutral” conclusions, as well as references to the “phasing out” of fossil fuels. Saudi Arabia argues that phrases like the “need for urgent and accelerated mitigation actions at all scales” should be “eliminated” from the document.

OPEC also called for the removal of a section analyzing fossil fuel “lobby activism” and the “activities of powerful interest groups” contributing to “delay and sluggishness” in climate change policies. An Australian government official described this section – which details various campaigns by oil and coal companies – as a “political viewpoint made to seem factual”.

Elsewhere, the official also apparently recommended that Australia be removed from a list of the world’s major coal producers and consumers – despite the country being the fifth-largest coal producer between 2018 and 2021 – reasoning that it does not consume as much coal as other nations.

Meanwhile, Japan – a major importer of Australian coal whose energy and transport sectors are hugely dependent on fossil fuels – rejected various findings related to the “lower than was previously thought” viability of carbon-capture technology (which limits the release of carbon emissions from industrial sites into the atmosphere) as not being sufficiently “policy neutral”.

Governments have the right to review and make changes to the portion of the report that provides a summary for policymakers. According to Unearthed, the IPCC lists various scenarios in this summary that recommend “substantial reductions in fossil fuel use” and “major investments in low-carbon energy forms” as part of “energy system transformations over the coming decades”.

Saudi Arabia has objected to the use of the word “transformation”, arguing that it has “policy implications by requiring immediate policy actions”. Instead, it advocated “transitioning to low-carbon economies” through “planned interventions” and by “various transitioning options”.

In response to the leak, the IPCC told the BBC that government comments were central to its scientific review process but stated that authors had no obligation to incorporate them. The agency added that it had “processes… designed to guard against lobbying – from all quarters”. 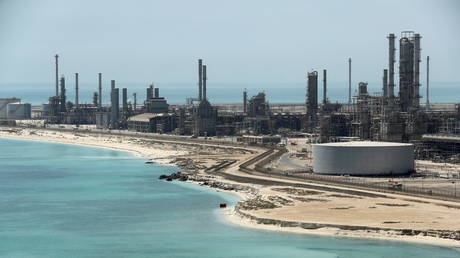 States that do not play by EU rule...

Over 100 fashion brands tied to deforestation