The results of the long-delayed Danish mask study, Damask-19, have finally been published, and revealed little difference in Covid-19 infection rates between masked and unmasked participants.

Conducted in the spring with over 6,024 adult participants, the randomized, controlled trial highlights the limited efficacy of mask wearing alone in curbing the spread of Covid-19.

Researchers from Copenhagen University Hospital divided the participants into two groups; the masked and the unmasked, all of whom were asked to spend at least three hours per day outside their home. Only those whose occupations didn’t require mask use with no known previous SARS-CoV-2 infection were accepted.

The trial was conducted in Denmark at a time when public transportation and shops operated as normal, while social distancing, limited socializing, hand hygiene, and limited exposure to vulnerable groups, in hospitals and nursing homes were all encouraged. The wearing of masks in public was uncommon at this time.

Roughly half of the participants were issued with 50 disposable face masks, which they were told to change after every eight hours of use.

After one month, all participants were tested with polymerase chain reaction (PCR), antibody and lateral flow tests.

The researchers found no statistically significant difference between mask wearers and bare-faced participants; 1.8 percent of mask wearers contracted Covid-19, while 2.1 percent of the control group developed the disease.

However, there are several caveats.

The study did not test the role of masks in source control (the transmission from an infected person to others), but instead examined the degree of protection mask wearers can expect when combined with other public health measures.

Further, some people didn’t wear the masks properly, with only 46 percent of participants claiming to have properly adhered to the rules throughout.

In addition, among the people who claimed they only wore masks ‘exactly as instructed’ two percent were also infected.

The evidence within the Damask-19 study excludes a large personal protective effect of mask wearing but cannot definitely exclude ‘no effect’. In other words, masks alone cannot stop the spread of the coronavirus, but the study stops short of proving they are completely ineffective.

Masks, when worn by all, may reduce transmission by both source control and personal protection but mask wearing alone offers less risk reduction.

According to some coverage, nine previous trials examining the efficacy of face masks in limiting the spread of airborne influenza-like illnesses, two of which focused on healthcare workers specifically while the remaining seven examined community transmission, had similar findings.

Despite the pandemic raging worldwide for months, only three community trials comparing the use of masks with alternatives have been conducted: one in Guinea-Bissau, one in India and this latest one in Denmark.

Further complicating the matter, studies which support the use of masks have been “observational,” focusing on those who already wear masks but without contrasting outcomes against a randomized control group of non-mask wearers.

Six studies carried out during the SARS-CoV-1 outbreak in 2003 showed mask-wearing, in combination with hand washing, was effective.

However, the accuracy of these studies may be diminished somewhat as they are subject to recall bias, as participants were expected to recall everyday behaviors in excessive detail and therefore the data was somewhat unreliable. These studies also lacked randomized control groups, while some failed to account for the seasonal effect.

A recent paper examining hospitalization rates in US counties which imposed mask mandates was withdrawn because it failed to account for the seasonal effect, after initially claiming that infection rates fell over the summer, only for them to shoot back up once it had ended. 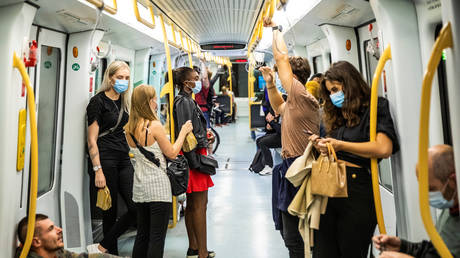 Will the United Arab Emirates with...