A new study has shed light on why a woman developed a fatal brain disease linked to mad cow disease several years after piercing her skin with contaminated laboratory equipment.

A woman in France who developed a rare and fatal brain disease did so via accidental lab exposure to the proteins that cause mad cow disease, a new study has found.

The initial exposure happened in May 2010, as the then-24-year-old technician “handled frozen sections of brain of transgenic mice that overexpressed the human prion protein” as part of her work, according to the report.

Prions are the type of protein behind mad cow disease. In this instance, it’s thought that the woman pricked her finger on a lab instrument contaminated with bovine spongiform encephalopathy (BSE).

Seven years later, she began suffering a burning pain in her right shoulder and neck, which intensified over the following six months and spread through the right side of her body. By January 2019, the researcher was suffering from depression, anxiety, and hearing impairment, as well as visual hallucinations.

Within 19 months from the onset of symptoms, the patient had died. According to the study, the woman had developed Creutzfeldt-Jakob disease (CJD), a fatal brain disorder caused by prions.

The research considered two possible explanations for the relatively long period of her decline. One theory is that the patient may have consumed contaminated cattle products as a child, owing to that fact that she was born at the beginning of the French BSE outbreak in cattle.

The other theory is that, given that the last two people to die in the UK and France in such a manner passed away in 2014 and 2013, the transmission in this case was more likely due to something unique to the patient. The study found this to be the more plausible “since the prion strain that she had handled was consistent with the development of variant CJD.”

It also added that in the future more is needed to be done to protect researchers in lab settings. 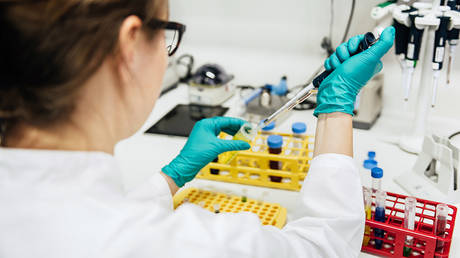