Days after rumors suggested – again – that the North Korean leader was in a coma, Kim Jong-un chaired a key politburo event, handing out instructions on continuing his country’s “anti-epidemic” effort.

Chairman Kim went out into the world this Tuesday, presiding over an “enlarged” party meeting, the government-run KCNA news agency reported.

Kim’s latest public appearance was to “seriously assess” lessons learnt during Pyongyang’s effort to contain an unspecified “malignant virus.” The North Korean leader, repeatedly declared dead by some international media earlier this year, appeared to be alive and well, giving out orders to “overcome the defects [in disease control] urgently.”

The never-ending round of fatal rumors resumed several days ago, with South Korean politician Chang Song-min citing his source in China who was confident that Kim had fallen into a coma. The second-hand claim – which came on the back of speculation that his sister Kim Yo-jong had been given new sweeping powers – was swiftly picked up by international media and has been making rounds since then.

Rumors of Kim being dead or incapacitated began swirling in April, when he was declared to be no longer at the helm after an alleged failed cardiovascular surgery. Later on, however, he turned up at a public ceremony to launch a fertilizer plant, and sent a verbal message to China’s leader Xi Jinping shortly afterwards. 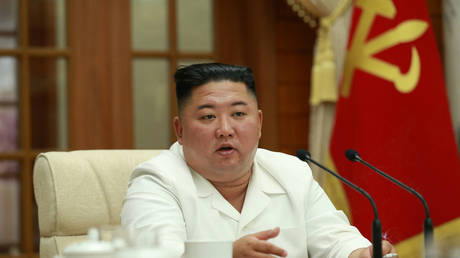