A Japanese appeals court has said that the state and Tokyo Electric Power Company (TEPCO) could have taken steps to prevent the Fukushima nuclear disaster, ruling they must pay one billion yen ($9.5 million) to 3,550 plaintiffs.

The Sendai High Court’s ruling on Wednesday upheld the earlier decision by a lower court in favor of the plaintiffs. They were forced to flee their homes after a 9-magnitude earthquake triggered a tsunami that devastated the northeast region and crippled the Fukushima nuclear plant in 2011.

Wednesday’s ruling marks the first time that a Japanese high court has acknowledged government responsibility for the incident. Further compensation claims may now follow, as thousands of other residents were evacuated when reactors at the coastal power station overheated and released a radioactive cloud. Some people have returned home, but areas close to the plant remain closed to this day.

The high court made its decision in line with a 2017 ruling by the Fukushima District Court. It blamed both the government and TEPCO for failing to take steps to counter the huge tsunami caused by an earthquake. They should have been able to foresee the risks of a 15.7-meter-high wave at the site, based on a quake assessment issued in 2002, the ruling said. The disaster could have been prevented if the authorities had also instructed the operator to implement measures that year, according to the Fukushima court.

As of the end of August, around 55,000 people who were evacuated due to the disaster remain displaced, both within and outside Fukushima Prefecture.

Tokyo plans to review the ruling before deciding how to respond, Chief Cabinet Secretary Katsunobu Kato told reporters on Wednesday. The government earlier insisted that it was impossible to predict the tsunami, or prevent the subsequent disaster. Meanwhile, TEPCO officials say the company has fulfilled its compensation responsibility under government guidelines. 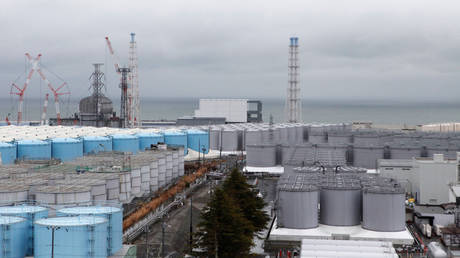