Close
Trending News
HomeWorldItaly shuts all schools in Covid-19 hotspots, toughens travel rules until after Easter amid spread of variants

The Italian government has ordered all schools to close in the areas with the highest Covid-19 infection rates as part of a series of new measures set to last until after Easter amid the threat of more contagious viral variants.

Under a new tiered system of white, yellow, orange and red areas launched at the start of March, the country’s 20 regions can tailor their coronavirus restrictions according to the risk of infection.

Up until now, only secondary schools in red zones had been shut, but regional authorities in yellow and white areas have been granted the power to shut down education facilities.

Currently the southern regions of Basilicata and Molise are classified as red zones, meaning that bars and non-essential businesses in the areas are closed and people may only leave their homes for a limited set of reasons.

On top of the local restrictions, the government has set the national curfew between 10pm and 5am, and extended a ban on ski resorts and travel between regions.

“We believe that differentiating between areas is the right way, because it allows us to give the most suitable answer to each part,” said health minister Roberto Speranza at a news conference, where he outlined the updated measures.

He also said that the Covid-19 strain first identified in the UK “has a particular ability to affect younger groups.”

New data from Italy’s ISS public health institute shows that some 54 percent of Italy’s Covid-19 cases are of the UK variant, which is more infectious than initial forms of the virus.

Ahead of the government’s announcement on Tuesday, Italy’s health ministry said that due to an increase in infections fuelled by variants, further health measures were needed to “avoid a fast overload of health services.”

On Tuesday, Italy posted a further 17,083 new Covid-19 cases and 343 deaths caused by the virus. The country has been particularly hard hit by the pandemic, registering 98,288 Covid deaths – the second-worst toll in Europe after the UK – and 2.95 million cases. 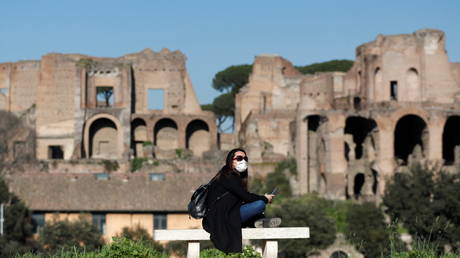