Israel’s infamous NSO Group is in the spotlight again, with its controversial spying tool – deployed against journalists and activists around the globe – allegedly helping spy on another victim, an award-winning Moroccan reporter.

Omar Radi, an investigative journalist based in Rabat, the capital of Morocco, was targeted by perpetrators who silently deployed a “network injection attack,” Amnesty International said in a new report.

The method that was allegedly used against Radi doesn’t require the victim to click on a malicious link. Once infected, the mobile device proceeds to a website that downloads the notorious Pegasus spyware, which gives complete access to the phone’s camera, microphone, calls, media files, and messages.

The journalist’s device was attacked multiple times last year, according to forensic data of tech experts from the rights group.

Amnesty believes the timing of the attacks coincided with the NSO Group – Pegasus’ developer – publicly pledging to abide by the UN guidelines on respecting human rights by the business community.

It vowed to evaluate “the potential for adverse human rights impacts arising from the misuse of NSO products,” and terminate client access to their software if necessary.

“NSO Group clearly cannot be trusted. While it was undertaking a PR offensive to whitewash its image, its tools were enabling the unlawful surveillance of Omar Radi, an award-winning journalist and activist,” Danna Ingleton, deputy director of Amnesty Tech, said regarding the revelations.

While NSO claims Pegasus is intended for government use – meaning that private entities are not able to procure it – and claims it carefully vets customers, a number of journalists, activists, and human rights campaigners have found themselves on the wrong end of Pegasus attacks across the world.

Last year, WhatsApp confirmed that dozens of Indian lawyers, journalists, and rights activists were among the 1,400 users affected by the snooping software. Pegasus was used by hackers to infect devices with malware, disguised as incoming calls.

The vulnerability has since been patched up, but Facebook, the parent company of WhatsApp, filed a lawsuit against the Israeli surveillance firm. NSO denies responsibility for the way their software is deployed by government clients.

This time, the Israeli firm said in a statement that it is “deeply troubled” by the Amnesty report. “We are reviewing the information therein and will initiate an investigation if warranted,” it said. 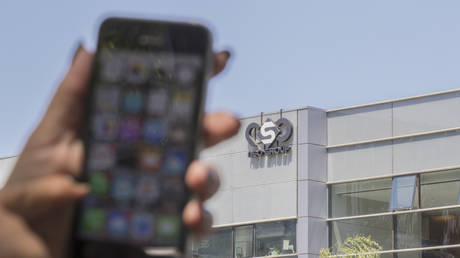 Demand for US dollar as world’s re...