NSO Group, the Israeli producer of the spyware kit Pegasus, has emerged victorious from a court battle with Amnesty International after a court in Tel Aviv said it saw no reason to ban export of the notorious product.

Amnesty argued that Pegasus was used by repressive governments throughout the world to spy on human rights activists, including its own employees, and that the best way to stop the abuses was to prevent international sales of the software altogether.

The petition was rejected on Monday by the Tel Aviv District Court, which sided with NSO Group and the Israeli Defense Ministry. In her ruling Justice Rachel Barkai said she was satisfied with the way the Israeli government handles sensitive export, including of the spy kit.

BREAKING: CYBER WARS – Israeli NSO Group/the Israeli defense ministry who created Pegasus which hacks cellphones just won a major case against it by Amnesty International in a Tel Aviv Court. Unfortunately, the court kept under wraps all of the basis for its decision.

“In particular when there is a violation of human rights, audit procedures are taken or export licenses are suspended,” she wrote.

Founded in 2010, NSO develops cyber surveillance software meant for law enforcement and national security agencies. Amnesty made its case by citing numerous occurrences in countries like Morocco, Saudi Arabia, Mexico and the United Arab Emirates, in which Pegasus was allegedly used to spy on political opponents or critics of the government.

The petition was filed in May last year on behalf of 30 Israeli employees of Amnesty International. It said a staff member in Saudi Arabia had been targeted in 2018 in a cyberattack that was traced to NSO infrastructure. Justice Barkai said in her ruling that the claim was not sufficiently substantiated.

The court proceedings started in January and have been held behind closed doors on a request from the Israeli Defense Ministry, which cited national security concerns. Amnesty at the time said the gag order was “outrageous”. 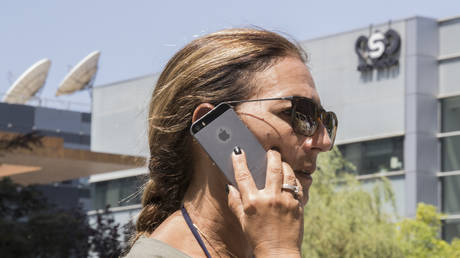