The Israeli Defense Forces have bombed subterranean Hamas targets in Gaza, saying the strikes came in retaliation for explosive and incendiary balloon attacks launched from the Palestinian enclave.

“Recently, IDF fighter jets and aircraft attacked underground infrastructure of the Hamas terrorist organization in the Gaza Strip,” the Israeli military said in a tweet, adding “The attack was carried out in response to the explosive balloons and arson from the Gaza Strip into Israeli territory during the day.”

The pre-dawn strikes on Tuesday morning reportedly targeted sites near the Rafah border crossing between Gaza and Egypt, according to the Jerusalem Post, launched just hours after an Egyptian envoy visited the Palestinian territory in an effort to tamp down on hostilities between Tel Aviv and Hamas, which has governed the Strip since 2006. No casualties or damage have yet been reported from the Israeli assault.

The IDF has carried out repeated airstrikes on what it calls “terror targets” in Gaza in recent days, honing in on alleged Hamas sites, many of them underground, in response to cross-border balloon attacks originating from the Strip. While the explosive and incendiary balloons have inflicted few injuries, Israeli authorities say they have sparked dozens of brush fires and damaged farmland, prompting the retaliatory air raids.

In addition to the military operations, last week Tel Aviv also stepped up its restrictions on Gazans – who have lived under Israeli blockade since 2007 – shutting down a fishing zone in the territory, as well as the Kerem Shalom border crossing, which served as a vital hub for goods coming into Gaza from Egypt and Israel. 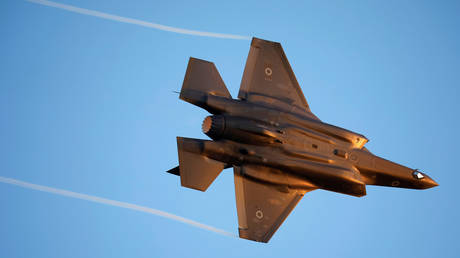