The office of Israeli PM Benjamin Netanyahu has halted the sending of Covid-19 jabs to other countries after the move sparked questions from the state attorney general and angered Defense Minister Benny Gantz.

Gantz has welcomed the freeze, writing on Twitter that Netanyahu’s order to send the surplus of Israeli vaccines to foreign nations was “made in an undemocratic manner, bypassing the procedures.”

The defense minister earlier wrote to the PM and attorney general, saying that the transfer of jabs must be put on hold immediately. The decision to share them was taken without “discussions in the relevant forums,” he wrote, as cited by local media, and he questioned the very claim by Netanyahu that Israel had extra vaccines it could spare.

“This is not the first time that significant security and diplomatic decisions are made behind the back of the relevant officials, with possible harm to the security of the state, foreign relations and rule of law,” Gantz noted.

Israel’s security cabinet must convene in order to figure out what to do with the vaccines, he insisted, as they are a national asset. The defense minister reiterated his calls for convening the cabinet in Twitter and Facebook posts on Thursday.

Gantz is Netanyahu’s main political rival, with their parties ending up deadlocked in three consecutive elections in 2019 and 2020. The two managed to agree on a coalition government last year so that the country could focus on tackling the coronavirus pandemic, but the deal crumbled, with Israel heading into its fourth vote in just two years in March.

On Wednesday, Netanyahu confirmed speculation that Israel was giving its extra jabs to other countries. He didn’t name the recipients, only saying that they would be governments who have done favors for the Jewish state.

Israeli media claimed that around 100,000 doses of the US-made Moderna vaccine were handed over to some 20 nations that had in some way backed Israel’s controversial claim of Jerusalem its capital. The list included Honduras, Guatemala, Hungary, Kenya, Uganda, and the Czech Republic, according to reports. Mauritania, which has no diplomatic relationship with Israel but is rumored to be looking to normalize relations, was also mentioned.

Israel has been banking on the Pfizer jab in its immunization campaign, which has already seen more than 45 percent of its population of nine million being vaccinated. The country refrained from using the Moderna vaccine, which it also purchased, to avoid confusion among medics, as the two vaccines are stored and handled differently.

Earlier this month, it was announced that Israel’s stocks of the Moderna jab would be used to inoculate Palestinians – but only those with work permits in Israel, in order to contain the possible spread of infection between Israel and the occupied territories. Israeli authorities have insisted that it is not their responsibility to provide vaccines to the West Bank and Gaza, despite criticism from Palestinian officials and international human rights groups. 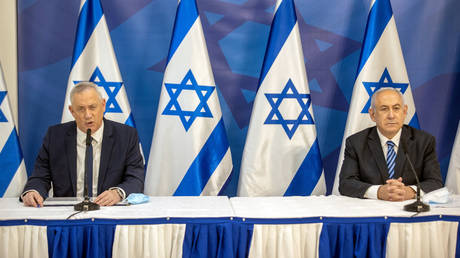