Israel has ratified a visa exemption agreement with the United Arab Emirates – its first such deal with an Arab state – as rapprochement between the former foes continues at a rapid pace.

Israeli ministers unanimously voted to support the treaty during a cabinet meeting on Sunday.

The visa exemption agreement had been signed between the sides in Tel-Aviv in October, when two UAE ministers paid a historic visit to Israel. The government in Abu Dhabi reportedly ratified it earlier this month.

This means that Israeli and UAE citizens will be able travel to each other’s countries without applying for entry visas once the agreement comes into force, expected to be within 30 days. Direct flights between the two nations are also scheduled to begin in December.

“This is the first Arab country with which we have signed such an agreement,” Israeli PM Benjamin Netanyahu said before the vote, expressing confidence that it will boost tourism in both directions and strengthen economic ties between Israel and the UAE.

Notably, Israel doesn’t have a visa exemption deal with its major ally, the US, which has been mediating the Jewish state’s normalization of ties with former rivals in the UAE, Bahrain and Sudan. 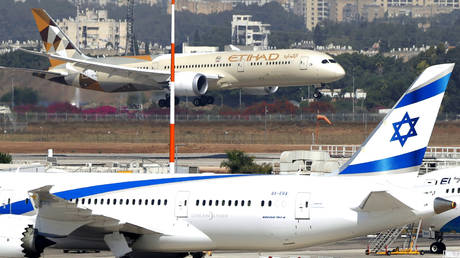