Israel’s Prime Minister Naftali Bennett has claimed there is “proof” that Iran is behind the deadly ship attack off the coast of Oman, adding that the incident is a “reminder of Iranian aggression.”

Bennett claimed in a Sunday press conference that Iranians behind the attack wanted an “Israel target” and settled on the Mercer Street tanker.

“I determine, with absolute certainty – Iran carried out the attack against the ship,” he said. “The intelligence evidence for this exists and we expect the international community will make it clear to the Iranian regime that they have made a serious mistake.”

Iran has denied responsibility for the attack, something Bennett labeled “cowardly” while promising a swift response from Israel itself. 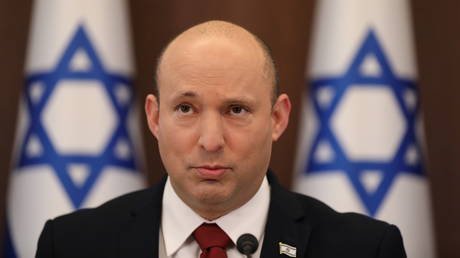 ‘An act of sabotage’: Olympic boxe...

‘I lost my voice’: Russian handbal...