Israeli Defense Minister Benny Gantz and Palestinian Authority President Mahmoud Abbas met late on Sunday in the first such top-level talks in over a decade, with Israel agreeing to work toward boosting the crumbling PA economy.

The two got together just hours after Israeli Prime Minister Naftali Bennett returned from Washington, where US President Joe Biden, who is a strong supporter of the two-state solution in the Israeli-Palestinian conflict, asked him to take steps “to improve the lives of Palestinians and support greater economic opportunities for them.” During the conversation at the White House, Bennett agreed to help the West Bank deal with its financial crisis, but ruled out any work toward Palestinian independence.

Gantz and Abbas met in the city of Ramallah in the West Bank on Sunday evening and discussed “all aspects of Palestinian-Israeli relations,” Hussein al-Sheikh, a senior PA official, said on Twitter.

The Israeli defense minister was more specific in his tweet early on Monday, revealing that “security-policy, civilian and economic issues” were on the agenda.

“I told Chairman Abbas that Israel seeks to take measures that will strengthen the PA’s economy,” Gantz wrote.

He didn’t name the exact steps that the Jewish State was planning to make, but added that the sides agreed to continue with the communications.

The last time high-ranking Israeli and Palestinian officials held such a face-to-face meeting was in 2010, shortly after then-Prime Minister Benjamin Netanyahu started his second term in office. After that, even phone calls became rare as bilateral relations deteriorated and the peace process between the sides stalled.

The Palestinian economy is in dire need of assistance as it was heavily hit by the Covid-19 pandemic, which prevented many locals from working inside Israel, and a significant drop in international financial aid. In 2019, the PA had received around $300 million in foreign support by the end of June. This year, the sum only stood at $30.2 million, which is a reduction by a factor of 10.

An official from Prime Minister Bennett’s Office has warned against drawing any serious conclusions from the talks between Gantz and Abbas, the Times of Israel paper reported. “This is a meeting that deals with security issues. There is no diplomatic process with the Palestinians nor will there be,” the official pointed out. 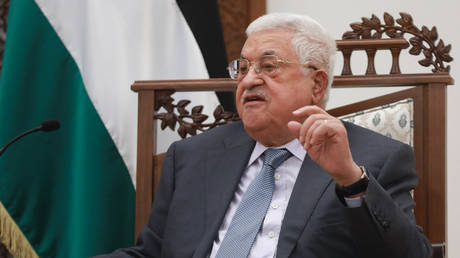