Indian police have captured a man suspected of plotting attacks in the name of ISIS in the country’s capital. He was apprehended after a firefight, as authorities launched a search for his possible accomplice.

Khan was intercepted while riding a motorcycle and detained after a brief firefight. Police did not report any casualties during the operation.

A handgun and two homemade pressure cooker bombs – items that are often used in terrorist attacks, including the 2013 Boston Marathon bombing – were recovered from the suspect. Both explosive devices were defused by a bomb squad.

Officials said they were checking a report that Khan may have had an accomplice.

All police stations were placed on high alert in the northern Uttar Pradesh state following Khan’s arrest, as it is believed that he was a resident there. Sources told The Times of India that an operation is underway to locate the suspect’s relatives in the state. 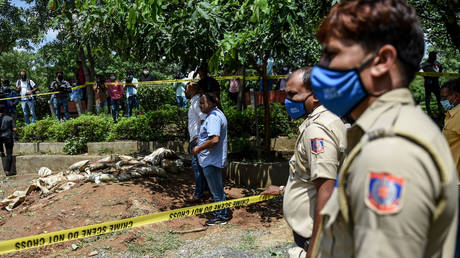