Close
Trending News
HomeWorldIron levels in the blood could be key to slowing down ageing, new major genetic study finds

Iron levels in the blood could be key to slowing down ageing, new major genetic study finds

Iron levels in the blood could be key to slowing down ageing, new major genetic study finds

Using genetic data from over a million people, researchers have found that just ten regions of the genome, responsible for metabolizing iron in the blood, could be the key to longer, healthier lives.

The international ageing study carried out by scientists from the University of Edinburgh and the Max Planck Institute for Biology of Ageing in Germany focused on three measures of ageing: lifespan, years of life lived disease-free or healthspan, and the nature of being extremely long-lived (longevity).

The researchers found that maintaining healthy levels of iron in the blood, a Goldilocks ‘sweet spot’ of not too much and not too little, could be a key to a longer, healthier life. Each extreme of blood iron levels is correlated with conditions such as Parkinson’s and liver disease.

The dataset contained the equivalent of 1.75 million lifespans or more than 60,000 extremely long-lived people, and genes linked to iron metabolism were overrepresented in analysis of all the three measures of ageing.

To make absolutely sure, the researchers used a statistical methodology known as Mendelian randomization to confirm their findings and indeed, the genes behind metabolization of iron seem to play a role in healthier, longer and disease-free lives.

The findings could accelerate development of anti-aging drugs and medicines to fight age-related diseases such as heart disease, dementia and cancers, thus extending healthy years of life and improving their overall quality.

Designing a drug that could mimic the influence of these genes could overcome some of the effects of the ageing process and could prove to be somewhat of a magic bullet for conditions like heart disease.

“We are very excited by these findings as they strongly suggest that high levels of iron in the blood reduces our healthy years of life, and keeping these levels in check could prevent age-related damage,” Dr. Paul Timmers from the Usher Institute at the University of Edinburgh said of the research, adding that the findings might help explain the link between high consumption of red meat and age-related illnesses like heart disease. 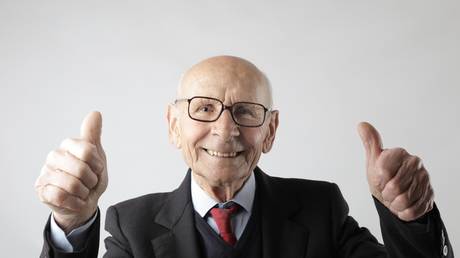