Agriculture Minister Dara Calleary resigned after attending a golf club dinner with 80 people, rousing public anger for having breached his own cabinet’s new rules to limit the spread of the coronavirus.

The previous day, Calleary had apologized “unreservedly” for being at a hotel dinner hosted by the Irish parliament’s golf society, which caused a public outcry. The event took place a day after the government significantly tightened nationwide restrictions to curb the spread of coronavirus, amid a spike in infections.

Ireland has maintained some of the strictest controls in Europe, but he government has faced criticism all week for what many saw as poorly communicated and contradictory new restrictions.

These included limiting indoor gatherings to just six people, even though one can eat out in a restaurant as part of a larger group or attend a wedding with up to 49 others.

The golf outing was attended by the European Trade Commissioner Phil Hogan and other politicians and was held just a night after Calleary and his cabinet colleagues introduced the new measures. 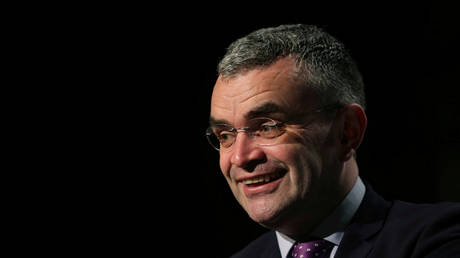 ‘Nothing has moved’: No breakthrou...