The building housing Ireland’s Department of Health has been evacuated after law enforcement were made aware of a suspicious parcel found on the premises.

The package was discovered shortly after 1pm local time, according to Irish media. The building was evacuated soon after. Gardai are currently at the scene, a police spokesperson said.

Footage shared online shows emergency vehicles parked outside the building. Military technicians are en route to the site, according to reports.

The fire service said its hazmat team is present “as a precaution.”

Ongoing situation at Dept of Health in Dublin.

Last year the building was evacuated after an envelope of white powder was mailed to the department. The substance was later deemed non-hazardous.

Scenes from Baggot Street as defence forces etc deal with a suspicious package delivered to the Dept of Health. Armed army members and the bomb disposal personnel also here pic.twitter.com/KzE3G4nUoy 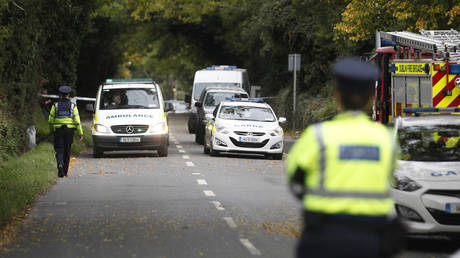 ‘Game over’: India may quietly pha...