Tehran plans to “work around the clock” to repair the damage caused by a mysterious incident at its Natanz nuclear-enrichment site, Iran’s atomic agency spokesman said.

As part of the reparations, the damaged building would be replaced with a more spacious facility, Behrouz Kamalvandi, a spokesman for the National Atomic Energy Organization told the Islamic Republic News Agency. Some of the precise measuring equipment used at the site was “destroyed” and could no longer be used, he said, but “more advanced” equipment would be supplied forthwith.

The nature of the incident remains undisclosed for security reasons, Kamalvandi explained, although he confirmed that the cause has been determined and was known to the nation’s Supreme Security Council. The official also admitted that the financial losses the atomic agency had suffered as a result were “significant.”

Kamalvandi revealed that some advanced centrifuge prototypes were produced at the facility, and the damage it sustained could cause a “slowdown” or even interrupt the organization’s work in the mid-term. The Iranian authorities plan to make up for the delay by increasing the facility’s capacity.

The incident that caused a fire at the Nataz site took place on Thursday. Photos published by Iran’s Atomic Energy Organization showed a partly-burned shed and a door that appeared to be blown off its hinges. Kamalvandi said, however, that no one was injured in the incident.

The developments sparked speculation of Israeli involvement in the incident – something that the country’s Defense Minister, Benny Gantz, vehemently denied.The Natanz site has been the target of attacks in the past. In 2010, it was hit by the Stuxnet cyberattack, which disabled about 1,000 centrifuges. The US and Israel are widely suspected of being behind that assault. 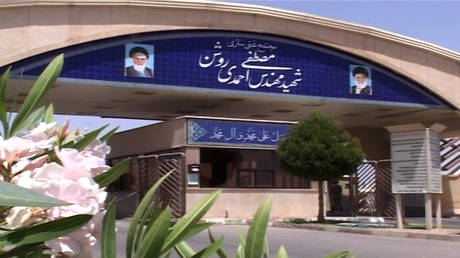