Tehran has insisted its nuclear activity is “peaceful” and “legal” after France, Germany and the UK accused it of seriously violating the 2015 nuclear deal by plowing ahead with uranium enrichment using advanced centrifuges.

The allegations follow reports citing the International Atomic Energy Agency (IAEA) this week, claiming that Iran had started uranium enrichment and that it is constructing a new centrifuge assembly factory at its Natanz enrichment plant.

The “E3 Group” of European states expressed “concerns” in a joint statement on Thursday at the growth of Iran’s low-enriched uranium stockpile, which a recent report from the UN nuclear watchdog said had reached 2,443kg — 12 times the limit set out in the Joint Comprehensive Plan of Action (JCPoA) on the Iranian nuclear program.

Iranian Foreign Ministry spokesman Saeed Khatibzadeh responded to the accusations on Friday, saying that Iran’s nuclear program is “peaceful” and “totally legal, legitimate, and within the framework of international law.”

The joint statement criticizing Iran comes amid increasingly fraught US-Iran relations, with Tehran warning Washington on Tuesday of a “crushing response” amid reports that US President Donald Trump had considered taking out Iranian nuclear sites.

Secretary of State Mike Pompeo then announced on Wednesday that the US would hit Iran with a fresh round of sanctions, including punishments for nuclear activity, in the “coming weeks and months.”

The JCPOA agreement was signed by Iran, China, France, Germany, Russia, the UK, the EU and the US in July 2015, though Trump announced that he was pulling the US out of the deal in May 2018. 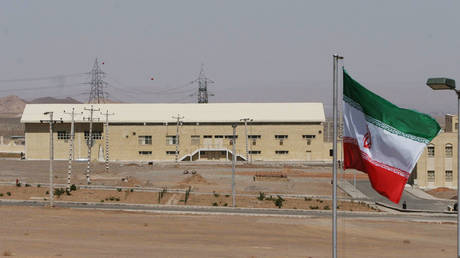 Madrid region to close for 10 days...