Nothing is preventing Tehran from engaging in talks with Washington, provided that it comes up with apologies – and reimbursement – for losses in the 2015 nuclear pact America walked out on, President Hassan Rouhani has said.

“We have no problem with talking to the US,” Rouhani declared, in a nationally-broadcast speech on Wednesday. The only condition is that “Washington meets its obligations under the nuclear deal, apologizes and compensates Tehran for its withdrawal from the 2015 pact,” the president said, as quoted by Reuters.

Rouhani made it clear, however, that “these calls for talks with Tehran are just words and lies.” US President Donald Trump has previously offered to negotiate with Iran without any preconditions and to meet with Rouhani in person.

Washington repeated the offer of “serious talks” this January – but the timing of this couldn’t have been more questionable, as it came on the heels of the death of Qassem Soleimani, a renowned Iranian military leader, in an American missile strike.

Tehran, for its part, has consistently ruled out dealing with Washington under pressure, or trading vital national interests.

Last year, however, Foreign Minister Javad Zarif announced that he pitched a suggestion to the US, under which Iran would permanently accept international inspections of its nuclear program, in return for the lifting of US sanctions. 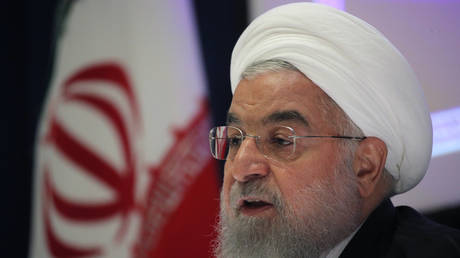 Your iPhone can now reveal if Face...