Interpol’s own rules would not allow it to act on an Iranian request to arrest US President Donald Trump for the murder of Qassem Soleimani, the international police cooperation body said.

Tehran on Monday announced it will seek the arrest of 36 people in connection with the US assassination of General Soleimani in January. A request for assistance will be sent to Interpol, Tehran’s chief prosecutor said, adding that President Trump tops the list of suspects.

The Lyon-based organization told RIA Novosti if it receives a request to arrest Trump, its own rules will not allow it to act on it. Interpol acts as a liaison between law enforcement organizations in member states, helping them to collaborate with each other in solving crimes and arresting suspects trying to flee justice in a different jurisdiction.

Interpol maintains political neutrality and is barred by its charter from getting involved in activities of a political, military, religious, or racial nature, a spokesperson for the organization said.

Soleimani, the commander of the elite Quds Force, was killed in a US airstrike when he was visiting Iraq. Washington said the killing was justified by the general’s planning of attacks against American soldiers. Tehran considers it an act of state terrorism. 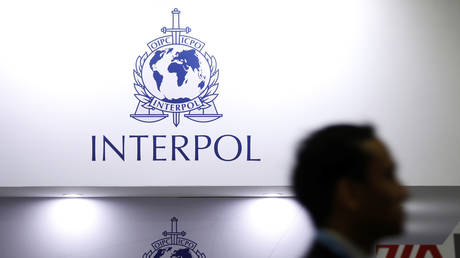