Law enforcement officers in the German state of Hesse have become the target of an inquiry, after a police computer was used to search for the personal data of a left-wing politician who later received threatening emails.

Peter Beuth, the interior minister for the state of Hesse, disclosed on Thursday that he was launching an investigation after a Frankfurt police computer was used to pull up sensitive personal information about a local politician, Janine Wissler. Wissler, a member of the left-wing Die Linke party, who serves in the Hessian state parliament, has received several emails containing threatening messages as well as personal data that was not publicly available. The letters were reportedly signed “NSU 2.0” – a reference to the German neo-Nazi National Socialist Underground group tied to several murders from the early 2000s onwards.

According to German media, the police-computer searches were made several days before the first threatening email was sent to Wissler back in February. Over the past week, she has received two more death threats, also signed “NSU 2.0.”

Beuth said that there is currently no evidence of a network of right-wing extremists in the Hesse police, but the computer searches “feed suspicion” of possible involvement in the case.

“The suspicion weighs heavily,” Beuth said. “I expect the Hesse police to leave no stone unturned in their efforts to dispel this suspicion.” A special investigator has been assigned to determine if there are any police links to the death threats.

There is growing concern about Germany’s security forces being infiltrated by right-wing radicals. Earlier this month, the country’s defense minister disbanded a special-forces unit, after determining that it had been promoting a culture of extremism behind a “wall of secrecy.” 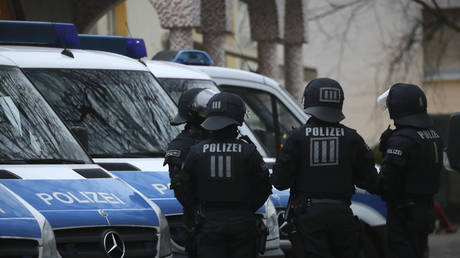