New Delhi’s third wave of coronavirus has passed its peak and the epidemic situation in the city has improved, the city’s minister of health Satyendar Jain has said, insisting that a new lockdown was not necessary.

The city experienced a spike in coronavirus cases this month, with health authorities describing it as the third wave of the deadly disease. More than 600 people have succumbed to it during the recent surge.

But the minister told ANI on Monday that he’s sure “the peak is gone and cases will slowly come down now” and there was “no chance” of a new lockdown. Nonetheless, authorities have braced for a potential new surge, readying more intensive care units and ramping up testing capacity to more than 100,000 people a day.

“We are analyzing the data daily and keeping a watch on the positivity,” Jain stated.

India is the second-worst coronavirus-affected nation in the world, with its 8.8 million confirmed cases dwarfed only by the US’ Covid-19 tally. The country saw an explosive growth in cases mid-September, with a record daily increase that reached past the 129,000 mark. The situation has seemingly picked up since then, with the nation reporting a daily rise of ‘only’ some 30,000 new patients on Monday.

Globally, the coronavirus tally is approaching the 54.5 million mark, latest figures by the Johns Hopkins University indicate. Over 1.3 million people have succumbed to the deadly virus that has plagued humanity throughout 2020. 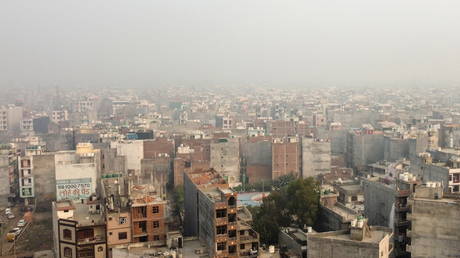