Beijing lost more than 40 soldiers during a deadly high-altitude melee along the border with India this week, an Indian minister has suggested. China admitted casualties on both sides but did not release any official numbers.

“If we lost 20 soldiers, more than double [this] number were killed on their [Chinese] side,” Minister of State for Road Transport and Highways Vijay Kumar Singh, also a former general of the Indian Army, told local media.

Kumar cited “an estimate” of 43 Chinese soldiers killed this week in a fierce melee with Indian troops along the disputed border in the Himalayas. This number was earlier reported by Indian media, citing sources.

New Delhi lost 20 soldiers in the skirmish. Beijing, meanwhile, admitted that there were casualties on both sides but stopped short of releasing specific numbers. State-run newspaper China Daily explained the decision to withhold the data by wanting to “avoid any notion of winners or losers and prevent any escalation of tensions.”

Kumar also said that India detained and later released an unspecified number of Chinese soldiers. This followed reports that China returned 10 Indian servicemen captured during the incident. Beijing, however, officially denied capturing any Indian military personnel, or that any of its own soldiers had been seized by India.

Both countries blamed each other for this week’s aggression, and they are currently holding talks to defuse the situation on the ground.

The neighbors have a decades-old border dispute in the mountainous area between China’s Xinjiang province and India’s Ladakh. This week’s clash was the deadliest confrontation between the two since 1975. 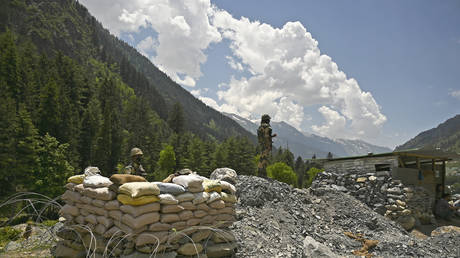