The Indian military has built new living facilities for the tens of thousands of its troops deployed in Eastern Ladakh, the much-troubled region right next to its border with China.

The new “smart camps” amount to small soldier towns, as they are meant to house the nation’s entire military presence in the area, increased to nearly 50,000 troops after the June border clash with Chinese forces.

The new Army smart camps being set up in Ladakh are in areas which receive 40 feet of snow with -40 degree temperatures in windchill. Proper heating, water and electricity provision. pic.twitter.com/xTPSePNmx2

Mountainous Ladakh is home to some fairly extreme weather conditions, such as blizzards and temperatures as low as -40°C. In winter, the area also gets covered in some 40 feet of snow, undoubtedly not making life easy for tens of thousands of active-duty troops in state of high combat readiness.

Footage from Ladakh shows that the housing units themselves vary in size from smaller rectangular-shaped quarters, to some fairly massive barracks.

Tensions in the area have heightened since June, when Indian and Chinese soldiers engaged in a violent standoff, which resulted in 20 deaths of Indian soldiers and undisclosed losses on the Chinese side. Following the incident both Beijing and New Delhi vowed to de-escalate tensions. Nevertheless, hostile attitudes on the ground remain not uncommon. 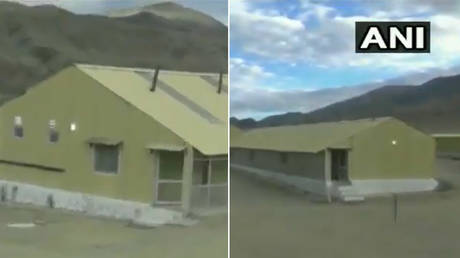 What will happen to Donald Trump’s...

France to postpone unwinding of Co...