Chinese companies will be barred from developing India’s roads and highways, the country’s transport minister has announced, as New Delhi and Beijing continue to lock horns over a territorial standoff.

“We will not give permission to joint ventures that have Chinese partners for road construction. We have taken a firm stand that if they (Chinese companies) come via joint venture in our country, we will not allow it,” Nitin Gadkari told local media on Wednesday. The minister added that he would take steps to block Chinese investors from participating in certain business enterprises.

The new regulations will not have an immediate far-reaching impact, as only a handful of roadway projects currently underway involve Chinese firms. However, Gadkari noted that the rules would prevent China from competing in all future tenders.

He also said that procedures would be “relaxed” in order to allow more Indian companies to bid on large infrastructure projects. If the country still needs to seek outside assistance, it won’t be coming from China, he vowed.

The move comes just days after India banned 59 Chinese mobile apps, including TikTok, claiming they pose a threat to national security. Beijing expressed concern about the move and called on New Delhi to uphold the rights of Chinese firms.

The two nations have been feuding following a deadly skirmish along the Line of Actual Control in Ladakh, Kashmir last month. The fracas reportedly resulted in the death of 20 Indian soldiers, and casualties on the Chinese side, although Beijing has not disclosed how many of its own military personnel perished in the incident. 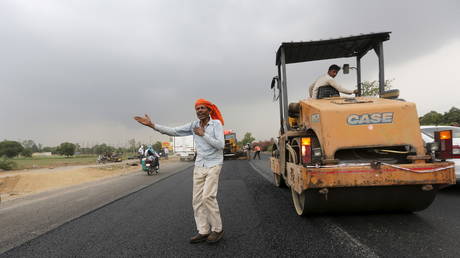