Polish President Andrzej Duda is leading the polls by a slim margin with the nationwide vote count nearly over. The election commission has said the final tally will not change significantly.

Duda, an ally of the ruling right-wing Law and Justice (PiS) party, got 51.2 percent of the vote, the National Electoral Commission announced after counting nearly 99.7 percent of the ballots.

Local media quoted Commission Chairman Sylwester Marciniak as saying that the official results will not change significantly as the count is being finalized. This means that Duda is likely to be re-elected for a second term in office.

Duda’s opponent, Warsaw Mayor Rafal Trzaskowski, the candidate from the center-right Civic Platform (PO), got 48.8 percent of the vote.

Duda, 48, ran as a champion of conservative family values, promising to maintain and expand generous welfare programs introduced by the PiS-led government. Under Duda, Poland remained a strong supporter of the EU and NATO, maintaining close ties with the US.

However, relations with the European Commission have been strained in recent years as Brussels was highly critical of the Polish government’s reforms of the judiciary and state-run media. EU officials have also criticized Warsaw for its stance on LGBT rights and abortion. 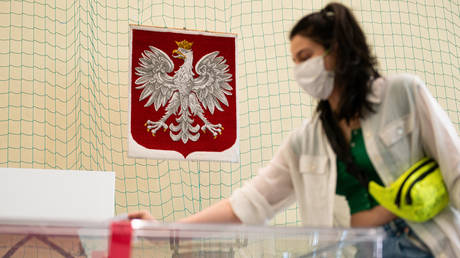 Smoking outside pubs and restauran...