A French court has passed judgement in a high-profile case against a subsidiary of Swedish furniture retailer IKEA, which was accused of illegally obtaining information on hundreds of employees.

The company was fined €1 million ($1.21 million), half of what the prosecutors asked for. The chief executive who was in charge at the time the spying took place, Jean-Louis Baillot, was given a two-year suspended sentence and a fine of €50,000.

The violations of privacy at the core of the trial took place between 2009 and 2012, when IKEA France hired private security firm Eirpace to help vet job applicants and screen employees for potential problems. The process involved illegally obtaining records from a police database. Top IKEA officials were also accused of improperly sharing the private data of people whose backgrounds they wanted checked by private investigators.

Prosecutors said the scheme may have been launched in the early 2000s and targeted around 400 people. At its peak, IKEA France spent six-figure sums annually to fund the snooping.

The arrangement was finally exposed in 2012 by the French media, which published communications between the then-head of risk management, Jean-Francois Paris, and Eirpace boss Jean-Pierre Foures. In one case, Paris wanted to know how a certain employee could afford a new BMW convertible, and in another, an employee was flagged for a check for taking part in protests.

There was a total of 15 people on trial, including senior managers of IKEA France, the head of Eirpace, and four police officials. The proceedings started in late March.

IKEA France’s defense team argued that there was no criminality in what the company did, and that it has been punished enough for its “organizational weaknesses” by the damage done to its reputation.

State prosecutor Pamela Tabardel urged the judges to send a “strong message” regarding the threat of corporate mass surveillance against workers. 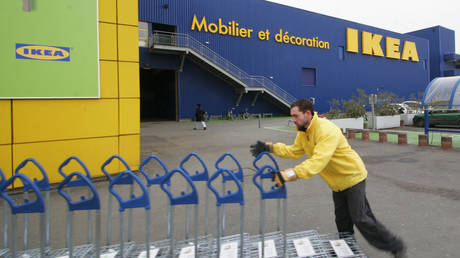 France to continue use of nuclear...