The European Union’s 2021-2027 budget has been vetoed by member states Hungary and Poland over a provision that meant countries could only receive EU money if they observed the rule of law.

Both nations followed through on their recent warnings they would block the budget proposal, including a €750 billion coronavirus rescue package, over their concerns that a ‘rule of law’ provision would interfere with their domestic judiciary systems.

Sebastian Fischer, spokesperson for the German Presidency of the EU Council, which had overseen the budget process, announced the budget’s failure by saying that “EU Ambassadors could not reach the necessary unanimity…due to reservations expressed by two member states.”

🇪🇺 Today’s #COREPER II has just started. EU Ambassadors will take important votes on the next #EUbudget. Among them are votes on
🔹the #EUbudget & recovery package,
🔹the conditionality mechanism and
🔹the own resources decision. pic.twitter.com/WJDIaUBgU9

Hungarian Prime Minister Viktor Orban’s spokesperson Zoltan Kovacs explained the veto, stating “our stance has been clear all along.” Addressing the EU’s accusations that this veto will result in a crisis situation emerging, Kovacs defended the move by arguing “the burden of responsibility rests with those who have given rise to this situation in spite of [Hungary’s] well-articulated stance.”

1/2 Hungary’s veto of the EU budget: It wasn’t Hungary that altered its stance and position. Our stance has been clear all along. Prior to attending the debate on the MFF/Next Generation, PM Orbán received a mandate from the HUN Parliament on the direction we must take.

Poland’s ambassador to the EU presented a similar position, rejecting the political agreement due to the “conditionality mechanism in the EU.”

The country’s deputy minister of foreign affairs, Pawel Jablonski, told Polska Agencja Prasowa “there can be no consent to the mechanism in this form,” as it would result in “granting the European Commission power” that is “inconsistent with the treaties and previous arrangements.”

The opposition to the ‘rule of law’ measure by Hungary and Poland had been sparked by the EU’s investigation into the independence of courts, non-governmental organizations and the media in both countries.

The EU has not made clear what the next steps will be to secure a budget, with a senior diplomat simply stating that the bloc will need to “take stock” before proceeding.

However, Spain’s minister of economy and business, Nadia Calvino, expressed optimism that the issue will be resolved in the coming days, without elaborating if concessions would be made.

While there is no agreement between the 27 member states, the projects that are set to be financed by the budget will be left without funds and the post-Covid economic recovery plan will not be able to proceed. 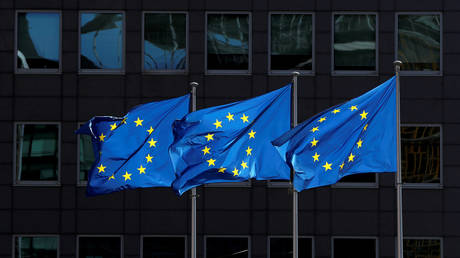