Huawei has called on the UK to reconsider its decision to block the Chinese tech giant from developing the nation’s 5G network, saying that the US could change its tune about the firm when Donald Trump leaves office.

Victor Zhang, the company’s vice president, told the Guardian that the United Kingdom, which reversed a plan to let Huawei be a 5G supplier after the Trump administration intervened, should revisit its position with the incumbent president’s departure. Beijing recognized Biden as the US president-elect last week.

The decision was a political one motivated by US perceptions of Huawei and not those of the UK. This is not really motivated by security, but about a trade war between the US and China.

He expressed hope that the next US administration would take a different approach, adding that the UK should pursue policies that “secure growth.” Zhang cited the UK government’s own estimates, stating that the rollout of the country’s 5G network could be delayed by several years without help from Huawei. According to the executive, falling behind the rest of the world in 5G development would have disastrous economic consequences for the UK.

UK Culture Secretary Oliver Dowden announced in July that all Huawei equipment would be removed from the country’s 5G networks by 2027. The minister said the move was part of an initiative to eliminate “high-risk vendors” from participating in building the nation’s 5G grid.

Amid a lingering trade spat which nearly escalated into a tariff war last year, the Trump administration has warned US allies that Huawei has ties to the Chinese government and poses a national security threat. Both Beijing and the tech firm have strenuously denied the accusations, arguing that Washington is using security concerns as a pretext to prevent Chinese companies from competing in the open market.

Washington has long been pushing and even offering money to its allies to avoid using Chinese technology and to ditch Huawei, one of the world’s leading suppliers of 5G equipment.

Although several US partners have blocked partnerships with Huawei as a result of the political pressure, some nations have refused to shut the company out.

Germany, for example, has said that it’s open to cooperating with Huawei after the country’s cyber security authority said US allegations that the firm is spying on customers is not backed up by evidence. 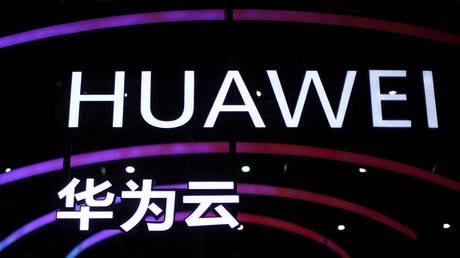