Holiday at home? Irish tourism boss resigns after getting caught on vacation in Italy

Holiday at home? Irish tourism boss resigns after getting caught on vacation in Italy

The head of Ireland’s tourism development authority (Fáilte), Michael Cawley, has resigned after ignoring his own agency’s advice to opt for domestic ‘staycations’ and heading off on holiday to Italy instead.

The resignation was announced on Saturday by Cawley himself, who said he decided to step down because he didn’t want to “allow this issue to become a distraction from the important work of Fáilte Ireland in rebuilding the Irish tourism industry.”

Cawley’s sojourn to Italy ignores government advice to avoid non-essential travel abroad during the Covid-19 pandemic. Quite ironically, Cawley’s agency has also been carrying out a “major drive to encourage people to take domestic breaks” amid the pandemic.

The cheeky trip was first exposed by the Irish Independent newspaper and promptly reached Cawley’s superiors. Shortly before the resignation, the official received a call from Tourism Minister Catherine Martin, who was “disappointed” to hear about his summer adventures abroad.

“I was disappointed to learn that the Chair of Fáilte Ireland was holidaying in Italy. I rang Mr Cawley this morning and he has offered his resignation which I have accepted,” she said in a statement.

The whole scandal, however, received mixed reaction from the Irish people, who aired their views on social media. Many were quick to call out Cawley, branding his sermon for domestic tourism while sneakily traveling abroad utmost hypocrisy.

He’s done such a good job of getting everyone else to stay home for a holiday that there were no rooms available anywhere, so he had no choice but to go to Italy…(SARCASM!!)

Matt what do you expect this is Ireland the country of 1000 welcomes. He is basically sticking his 2 fingers up at every hospitality business in the country. Brutal stuff

Others, however, insisted that the whole ‘holiday at home’ drive was more of a recommendation than a government-enforced policy and therefore any person can still decide for himself on where to holiday. Some pointed out that Italy is on the Irish government’s ‘green list’, which lists countries that are exempted from the general advice on non-essential travel — and doesn’t require any quarantine period from returning travelers.

Michael Cawley hounded out of his job by the Irish media, either scrap the green list protocol all together or stop publicly scapegoating people for travelling. https://t.co/ICxtasu7xT pic.twitter.com/gFOFAaxJ8w

No Irish citizen should have to publicly explain or defend any travel within the EU. If anything, the media & public should be heaping huge pressure on the govt to produce a roadmap for Ireland to align with ECDC travel advice.

It’s not the first time high-ranking officials have found themselves in hot water for ignoring their own advice on how to behave during the pandemic.

Back in May, UK PM Boris Johnson’s top adviser, Dominic Cummings, admitted to traveling across the country by car – after his wife showed symptoms of Covid-19. Despite the public outrage, Cummings’ career was not affected by the whole affair.

Scotland’s chief medical officer, Catherine Calderwood, did not get off as lightly, as she was forced to resign in April after getting caught making two trips to her holiday home amid the UK coronavirus lockdown. 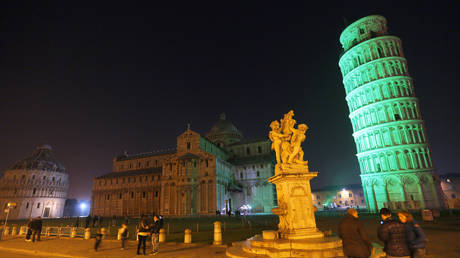