Neurologists in the UK are warning of a potential “hidden epidemic” of brain disorders after dozens of recovering Covid-19 patients presented with brain inflammation, delirium, nerve damage, and strokes.

The research, published Wednesday in the journal Brain, makes for sobering reading as doctors may be missing signs of potentially fatal brain disorders developing in mild and recovering Covid-19 patients. The appearance and severity of the brain conditions did not necessarily correlate with severe respiratory symptoms associated with Covid-19.

“It’s a concern if some hidden epidemic could occur after Covid where you’re going to see delayed effects on the brain, because there could be subtle effects on the brain and slowly things happen over the coming years, but it’s far too early for us to judge now,” Michael Zandi, a senior author on the study and a consultant at the institute and University College London Hospitals NHS foundation trust, said.

The study looked at 43 UK Covid-19 patients aged 16 to 85, many of whom did not experience any of the respiratory symptoms typically associated with the disease, instead presenting neurological disorders as their primary symptoms.

Of the 43, a dozen patients had inflamed central nervous systems, 10 had brain disease with delirium or psychosis, eight had strokes, and a further eight had peripheral nerve damage in the form of Guillain-Barré syndrome, in which the immune system attacks the nerves causing paralysis.

Among the patients studied, the researchers reported that one 55-year-old woman with no history of psychiatric illness began hallucinating and reported seeing lions and monkeys in her house and was prescribed antipsychotic medication upon readmission to hospital.

Worryingly, doctors noted a rise in a life-threatening condition called acute disseminated encephalomyelitis (ADEM): instances rose from just one a month prior to the pandemic to two or three per week in April and May. ADEM is fatal in five percent of cases, and one 59-year-old woman in the patient group studied died from the condition.

“We’re seeing things in the way Covid-19 affects the brain that we haven’t seen before with other viruses,” Zandi says.

“What we’ve seen with some of these Adem patients, and in other patients, is you can have severe neurology, you can be quite sick, but actually have trivial lung disease.”

The full range of neurological disorders associated with Covid-19 has yet to be determined, as many patients are simply too sick to scan in MRI or other machines.

The research compounds fears about the long-term effects of Covid-19 as recovering patients report numbness, weakness, memory loss and fatigue, with Zandi citing “the encephalitis lethargica outbreak in the 1920s and 1930s after the 1918 influenza pandemic” as a precedent for a potentially impending ‘hidden epidemic’ which might await humanity in the years after the coronavirus has subsided.

Another 47-year-old woman was admitted with a headache and numbness in her right hand roughly a week after developing a cough and a fever. She later required emergency surgery to remove part of her skull to relieve pressure on her swollen brain.

In yet another worrying case note, the researchers highlight that SARS-CoV-2 was not detected in the brain or spinal fluid of the patients with brain disorders, indicating that the virus did not directly cause the neurological symptoms but may instead provoke our immune response to such a degree that we attack ourselves in numerous ways. 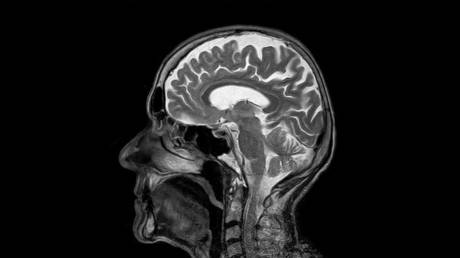